Lars Wallin is arguably Sweden's most well-known fashion designer, and the country's only true couturier. Royalties and pop singers alike proudly wear his creations, which are recognised by their elaborate detailing, exclusive materials and impeccable finish. After having created the Nobel Banquet gowns for Crown Princess Victoria in 2000, 2003 and 2006, and for Princess Madeleine in 2008, he can even claim to be a Swedish Royal Court designer.

After having extended his couture practice to include a jewellery line, Lars Wallin and his atelier decided to set out on a new exciting journey by launching a prêt-à-porter line. The vision was to create collections which would maintain the level of finish that has become Wallin's trademark, but to make them available to at a wider audience. Seeing that the waiting list is long for a couture dress from Wallin, and that these can cost up to €30.000 to make, wearing a Wallin creation had up to this point been a privilege enjoyed by a select few.

Lars Wallin commissioned Lundgren+Lindqvist to name the new line, and to design its visual identity.

The transition from couture to prêt-à-porter is indeed an exercise in reduction. With the naming and the new visual identity, our aim was to find a way of illustrating that while the ready-to-wear collection manifests a simplified form of Wallin's expression, the core of the designer's uncompromising approach stays true from one collection to the other.

The key to our solution was found in the designer's name and in the very center of the existing wordmark for the Lars Wallin atelier. With the distinct, two-part 'W' of the wordmark having been used as a monogram by the brand for many years, this constituted a reasonable departure for thinking about the new brand. When the left stem of the 'W' was once disjointed from its other half, in order to create the stylized monogram which has become synonymous with the atelier, a 'V' was left dead-center in the wordmark. In a way, the transition from a 'W' to a 'V' represented a perfect analogy for the journey from couture to prêt-à-porter. Since ancient history, the letter 'V' has been a symbol of femininity. In Roman and Greek mythology, goddesses were often given names starting with a 'V'; like Venus, the Roman goddess of love, beauty, desire, sex, fertility, prosperity and victory. It is also meaningful to the couturier in a more personal way as Lars Wallin was born in the Swedish city of Västerås, and got his first break as a designer when designing a dress for the famous jazz singer Sylvia Vrethammar. From a visual perspective, the 'V' also tells the story of the master craftsman, by resembling the pencil that meets the paper, or the scissors shaping the toile. It also carries resemblance to the champagne glass - a symbol of celebration and festivities, which has become the theme for the new line.

Consequently, 'Lars Wallin V' became the new name for the designer's prêt-à-porter line. As the 'V', albeit hidden, already had such a prominent position within the existing wordmark, our main challenge was to find a way of emphasising it. Wallin was keen on avoiding for the new brand to come across as too clean-cut or safe, especially since the new line, at least in part, is aimed at a younger demographic. The solution was to simply circle the 'V', as one would circle something to remember, or the best idea in a series of sketches. Without paying too much consideration to the surrounding letters partly overlapped by the intrusive circle, it becomes a symbol of freedom and youthfulness.

The project for Lars Wallin soon grew to encompass adjustments of the range of existing wordmarks for Lars Wallin Collection, Lars Wallin Jewellery and Lars Wallin Wedding, as well as a more comprehensive update of the visual identity, subsequently collected in a new brand manual. Lundgren+Lindqvist also designed a range of patterns, for use on textiles and in packaging applications and art directed a series of images of the new collection. 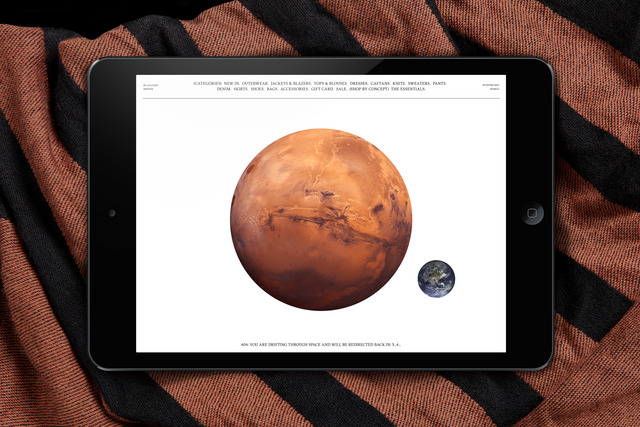 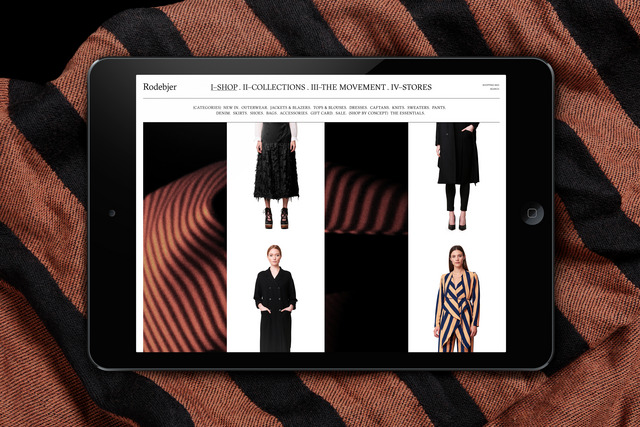 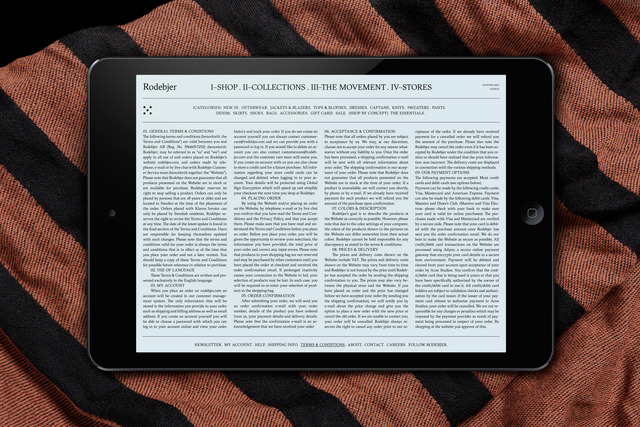 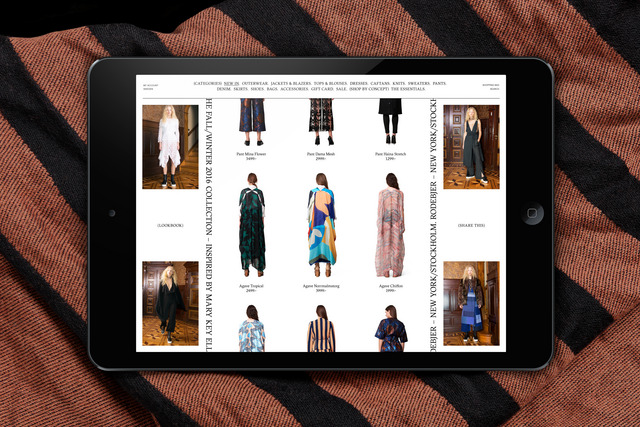 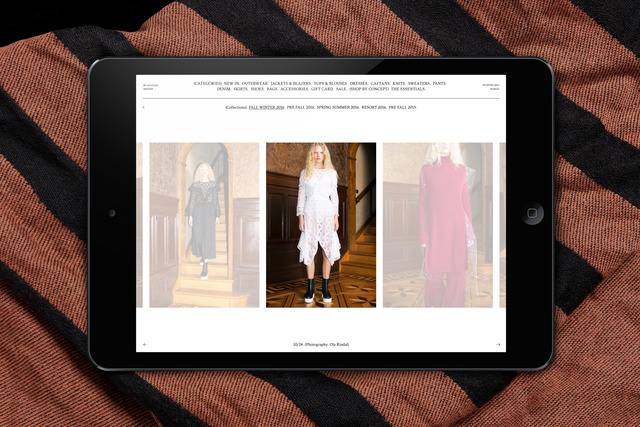 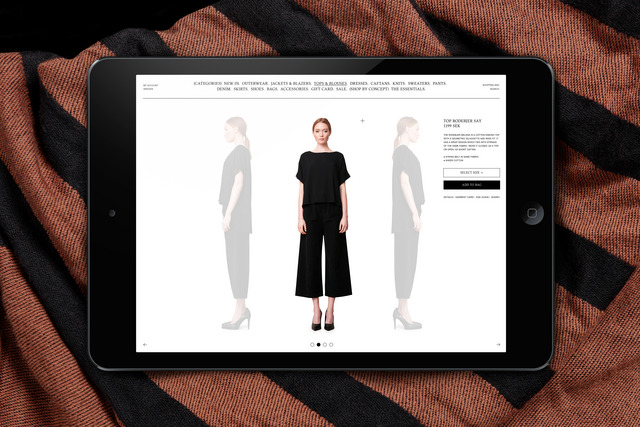 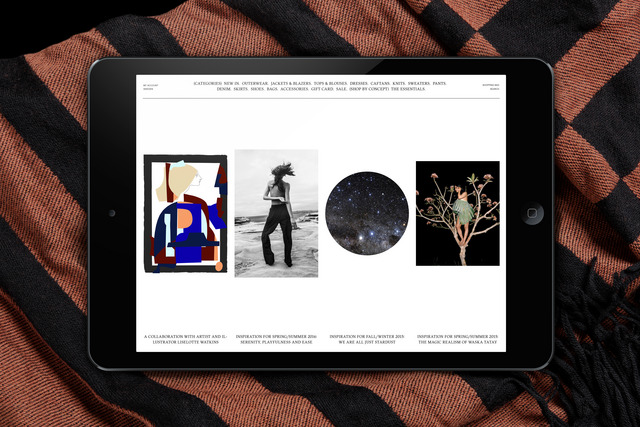 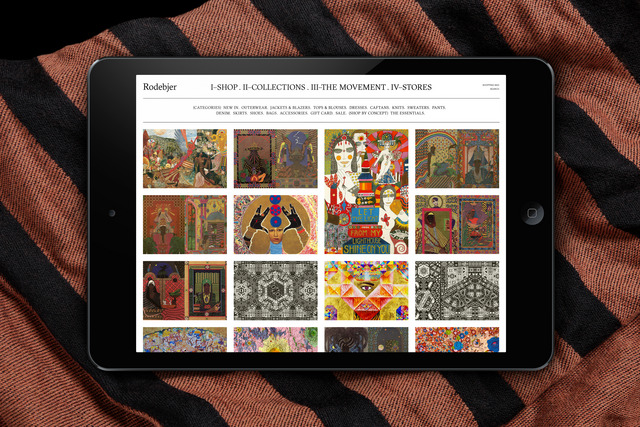 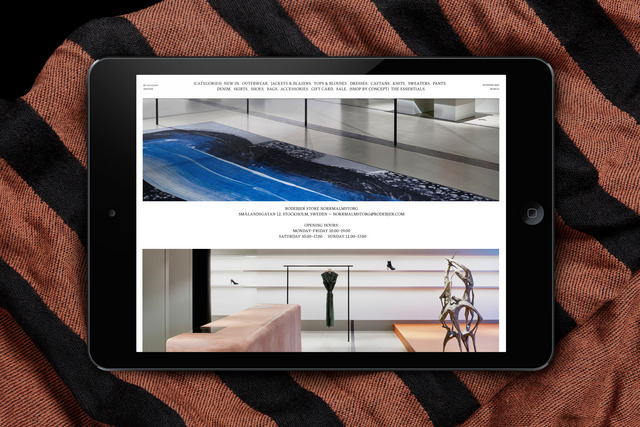 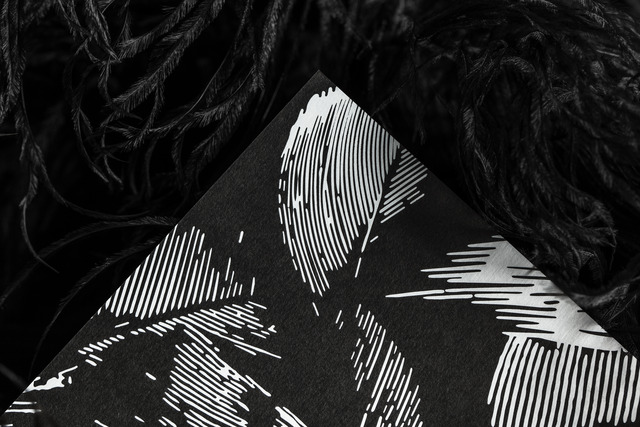 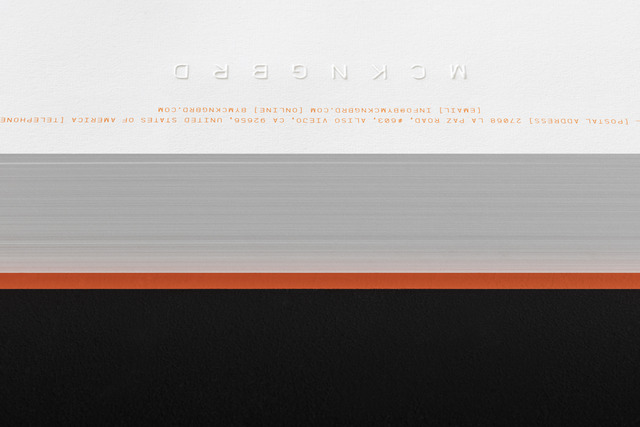 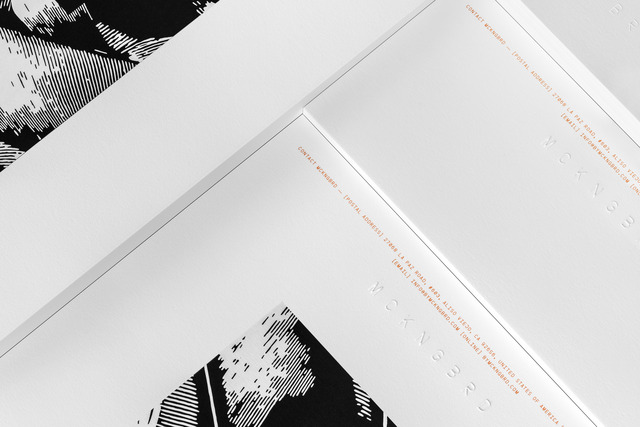 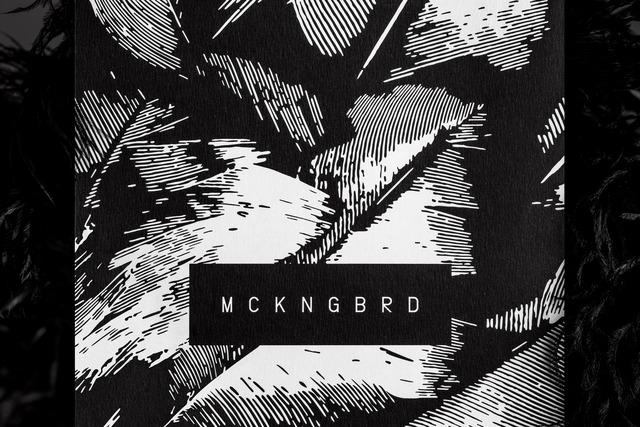 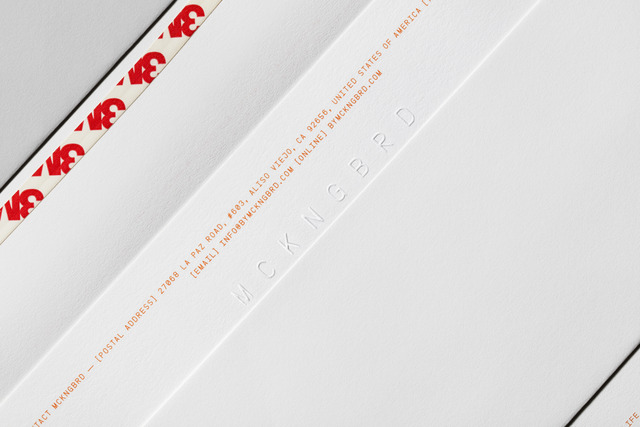 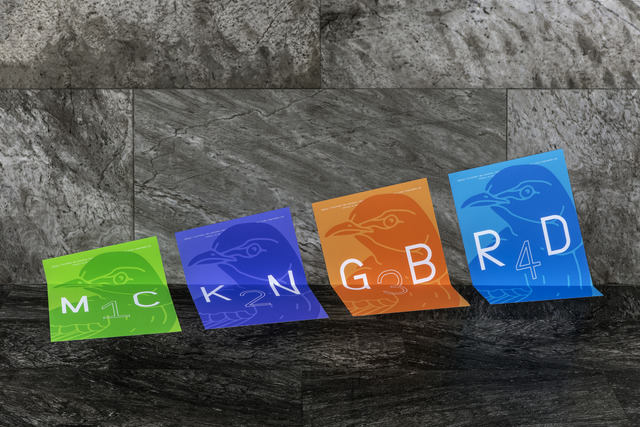 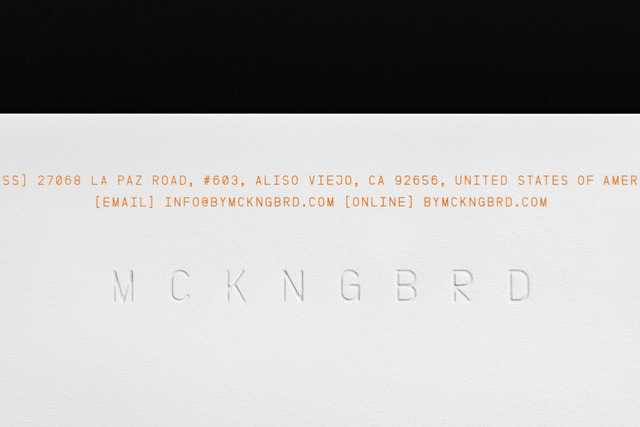 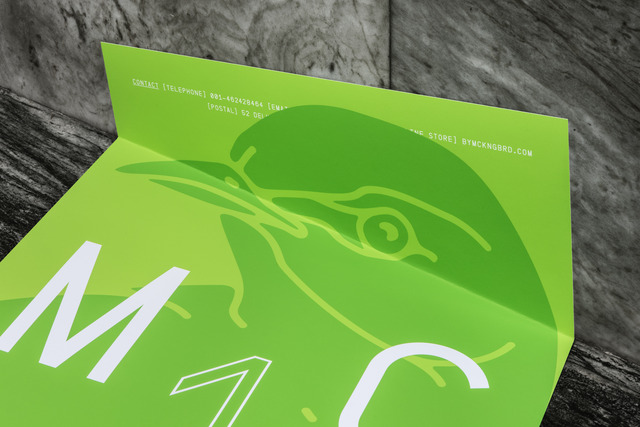 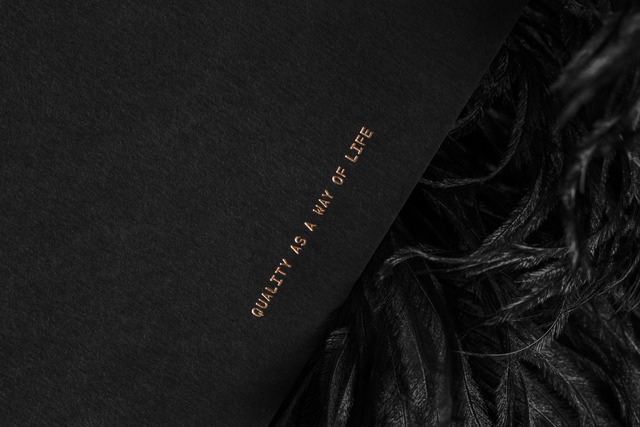 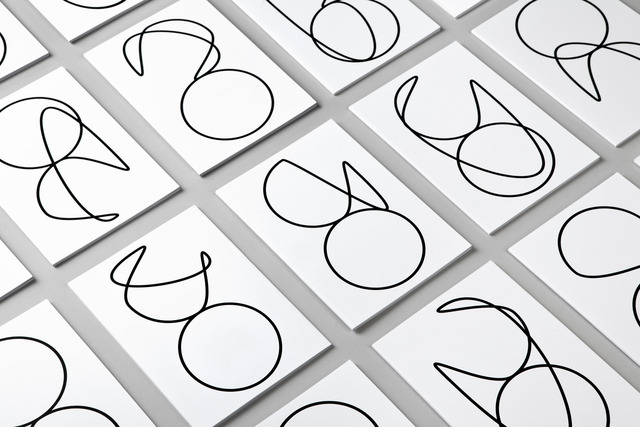 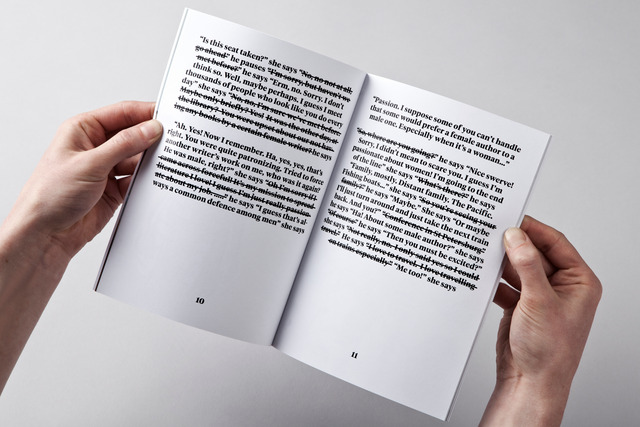 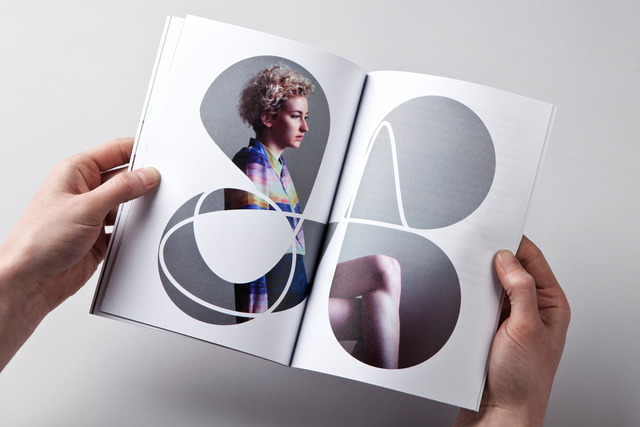 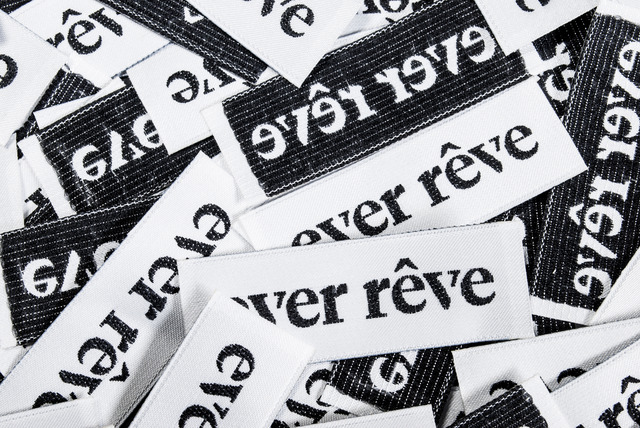